I first met Rissa Mohabir at Bristol Women’s Voice’s International Women’s Day celebrations. She ran a poignant session on war wounds and trauma awareness – a topic rather unfamiliar to me but one I kept thinking about long after. I was keen to find out more about the work Rissa does as the founder of her organisation Trauma Awareness but also to meet the inspiring woman behind it.

From the early days of her career, Rissa was exploring unchartered waters. Working as a trainer for medical teams in Serbia and Croatia after the Belgrade bombings (2000-7), she quickly realised the damage those communities experienced wasn’t just physical. But back then, trauma-informed studies was a developing concept, without a clear pattern of response to follow or model to fit in. What really set the direction for her career was attending the Somatic Experiencing Trauma Institute in New York.

“While I was completing my post-graduate studies, I realised I didn’t want to be a therapist. I wanted to address that gap in knowledge and inform people about trauma,” she explains.

And that’s exactly what she’s done. Starting up her own foundation and using any medium she can get her hands on, Rissa’s goal is to spread awareness. She started off with professional training for people in the front line, volunteers, first responders and support workers. The appetite for training grew stronger and Rissa’s programme was piloted by Barnardo’s and NHS Bristol. Eventually, 36 organisations received training in trauma studies in Bristol. Her foundation has grown and is reaching an increasing number of people in the UK and internationally.

Apart from disseminating information, a big part of Rissa’s job is talking to war survivors.

“It’s certainly not for the faint-hearted,” she admits. “Those are extreme experiences and it takes a certain quality of listening which is to keep really present with the person who is sitting opposite you – they’re the survivors. In whatever condition they are, they made it to the other side. What they witnessed and the choices they had to make is full of sadness. Empathy is key.”

But not everyone wants to talk. In many cultures seeing a therapist or talking openly about past trauma are taboo. By writing books and making films to communicate their stories, Rissa offered something that was suited to their cultural needs. Watching the films she produced gave me an idea of the kind of stories she listens to on a daily basis and I wondered how she copes with the sheer amount of heart-breaking testimonies shared with her.

“You can’t help anybody if you neglect your own wounds,” she says. Having a routine, and making time for family and looking after herself is what keeps her going. Creativity is also what helps her keep her balance and as we chat, I realise it’s a big part of her personality.

Rissa has used various creative outlets to communicate her mission. As I reached out to interview her, she had just presented new performances at FLY! Festival of Black Women’s Theatre at Arnolfini.

“I was delighted to be invited. Because we were in a theatre, I wanted to create a show; something more staged. So we had a choreographic piece with Somali women drumming, spoken word and film. It was a very different experience.”

Having worked in theatre before, she has a natural need for creating. I would also guess her rich background and free spirit – Rissa was born in Guyana to an English mother and Indian father, and she has travelled extensively – feed her creativity.

“We have so much to share, so much to learn from each other. When women come together to create things it’s a truly unique experience,” she reflects.

Pre-empting my next question, she tells me about the inspiration she takes from Anton Czekhov’s work and her plans to write a series of vignettes.

“I want to write what I think needs to be heard,” she explains. “It’ll be focused on the matters that touched my heart; about human nature and fragility. Tragedy and triumph – that’s also what working in trauma is.”

Listening to Rissa, I’m confident that her writing will resonate with others in the same way her work has. It’s the energy and passion she puts into every project she’s involved in and which shine through as we talk that also earned her the title as one of Bristol Women’s Voice’s 50 most inspiring women. And in a truly inspiring mentor figure fashion, Rissa leaves me with a piece of advice:

“Never doubt that what you do now will somehow help you in the future or prepare you for what’s to come. But also make sure you know when to stop doing what you’re doing when it’s no longer serving you.”
Find out more about Rissa’s work on her website. 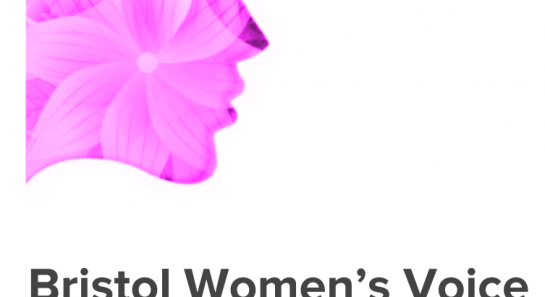