Interview with business owner and organiser of infamous Bristol party nights, about opening a venue in 2020 and longing for a dance 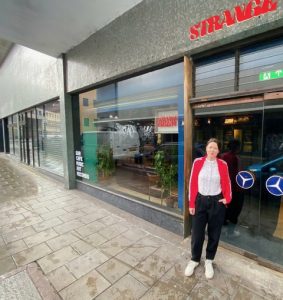 Kerry Patterson, 38, has had a well-established history in the music scene as co-founder of Bristol-based collective Dirtytalk, who ran underground music events for nearly a decade.
The Dirtytalk team set their sights on creating a new venue in Bristol, from which Strange Brew emerged and finally opened its doors last September on Fairfax Street.
Motivation for the space came as Kerry and friends started to notice venues closing across the city, with nothing opening to replace them.
Kerry reminisced on sweaty nights out at an old motorcycle showrooms venue on Stokes Croft where she hosted parties with Dirtytalk.
The building was part of a Labour government scheme at the time where the council matched groups of artists with landlords of empty buildings, allowing them to pay peppercorn rent.
“There was all this mad lighting and installations and they did loads of events there, music videos, art exhibitions, live shows, always something happening.
“That was a big inspiration for Strange Brew. Somewhere that could host lots of different types of events and had a sense of freedom and ownership, but to make it a bit more formalised because that was very rough and ready, disorganised frankly!”
The motorcycle showrooms eventually closed when an offer came to turn it into flats.
Kerry reflected: “We were really gutted that we didn’t put up a fight.”
She hoped that Strange Brew could become a similar hub, somewhere people would gravitate to and meet interesting people.
“Not having space to congregate means that the opportunity to share ideas and chat to others is taken away, you end up with all these pockets of people doing isolated things which makes for a weird scene and another reason why people leave.”
This all too loudly echoes the effects lockdown has had on city communities.
“People are managing to stay inspired because they’re putting out music, but you don’t get any of that cross-pollination or collaboration that you do when there’s a place to go.”
The road to Strange Brew was not easy, not least because of the stress of opening a music venue in the midst of a global pandemic.
They were denied funding by Bristol City Council, who decided they weren’t eligible because the venue wasn’t officially open when lockdown started. This meant they missed out on 25k.
Strange Brew had to rely on crowdfunding to continue work and pay rent. Their first crowdfunder managed to raise £53,000, £8000 more than the target.
She mentioned certain MPs, like Kerry McCarthy and Thangam Debbonaire who had an interest in the music scene and offered their support, but the real momentum came from the public.
“It was very much the community that stood up and made it happen. There was no space for second thoughts because we have been doggedly on this path.”
They initially planned to open with a 200 person capacity, which had to be stripped down and reassessed. But Kerry saw the positive in that it allowed them to open gradually and see what worked.
“It might have been a bit more chaotic if we’d just opened fully, our bar being as tiny as it!”
She was also surprised by how much they enjoyed having a sit-down table service and how people were more open to that type of night-out than before.
“It’s a nicer experience anyway to have space when you go out but I think people will want that too now, having experienced the last year. It put us off having a place that’s just rammed full of people all the time.”
But our chat left me dreaming about dancing in a sweaty crowd and Kerry also reflected on her desire for a dance.
“I find myself thinking quite often, it would be so good to hear this in a club or in a venue and be dancing with friends to it, there’s a lot of longing.”
But for now, like most of us, she’s had to replace the dancefloor with her living-room carpet, making do with letting loose in the confines of her home. 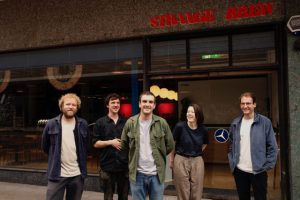