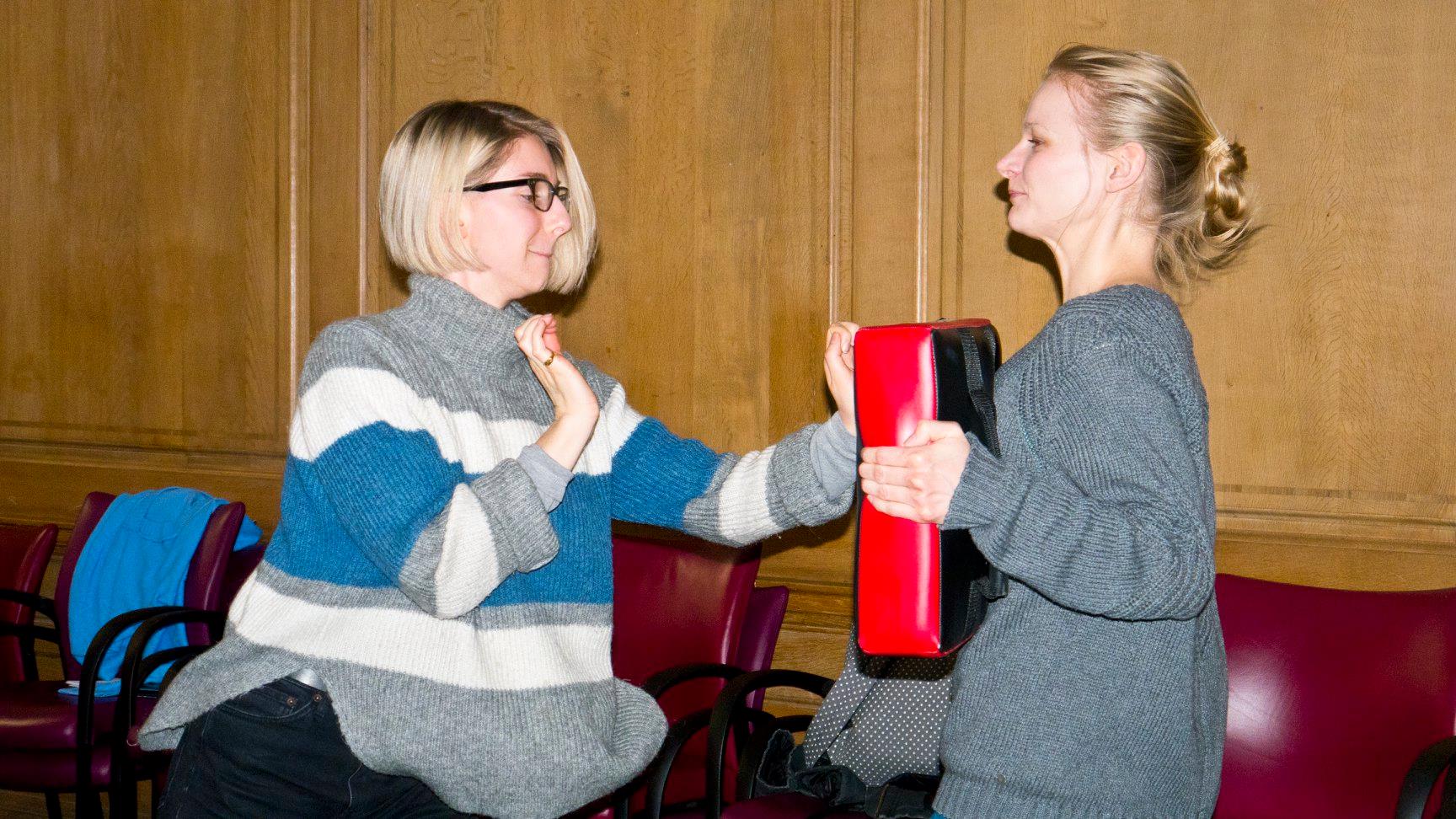 As part of Bristol Women’s Voice (BWV) celebrations of International Women’s Day (IWD) on the 2nd of March at City Hall there were Krav Maga self-defence workshops.

Krav Maga is a form of Israeli self-defence created to be an easy, practical and accessible way of defending yourself against threats while causing as little harm to yourself as possible.

The workshop aimed to equip women with the skills they needed to defend themselves in any situation. Due to the accessibility of the skills, this meant that the room was filled with a range of attendees aged from 10-70 years old, all able to practise Krav Maga.

The instructor, Jess, explained the importance of Krav Maga in empowering women to be assertive and feeling like they can stand up for themselves in a harassment situation rather than just put their head down and cope. After making sure everyone in the room felt comfortable and most importantly safe, we warmed up and kicked off the session.

The instructors went through the different stances you can take: neutral, field interview and fore-fighting. We practised different movements and techniques, with a particular focus on the fore-fighting stance, to make the most out of the positions.

Jess demonstrated various techniques and then we gave them a try. For example, powerstrike is a useful one since it can be put to use by people with all levels of strength as it focuses on using body weight to create power. We got pads to practise in pairs, which gave us a chance to practise our power, technique and accuracy. Throughout the workshop we tried a range of self-defence strategies using all different body parts, from leg kicks and placements to arm movements.

With the workshop so well attended, BWV was very pleased with the enthusiasm shown by women across Bristol and the eagerness to learn the skills of Krav Maga. Queues of people lined the corridors of City Hall as there was a limited number of spaces to the workshop due to safety reasons. Since there was a huge interest in the session, BWV will be promoting any opportunities for women to attend a Krav Maga session in Bristol on their social media platforms or you can look up Jess and her team’s website directly at www.kravmagabristolcitycentre.org for more details on Krav Maga workshops.M