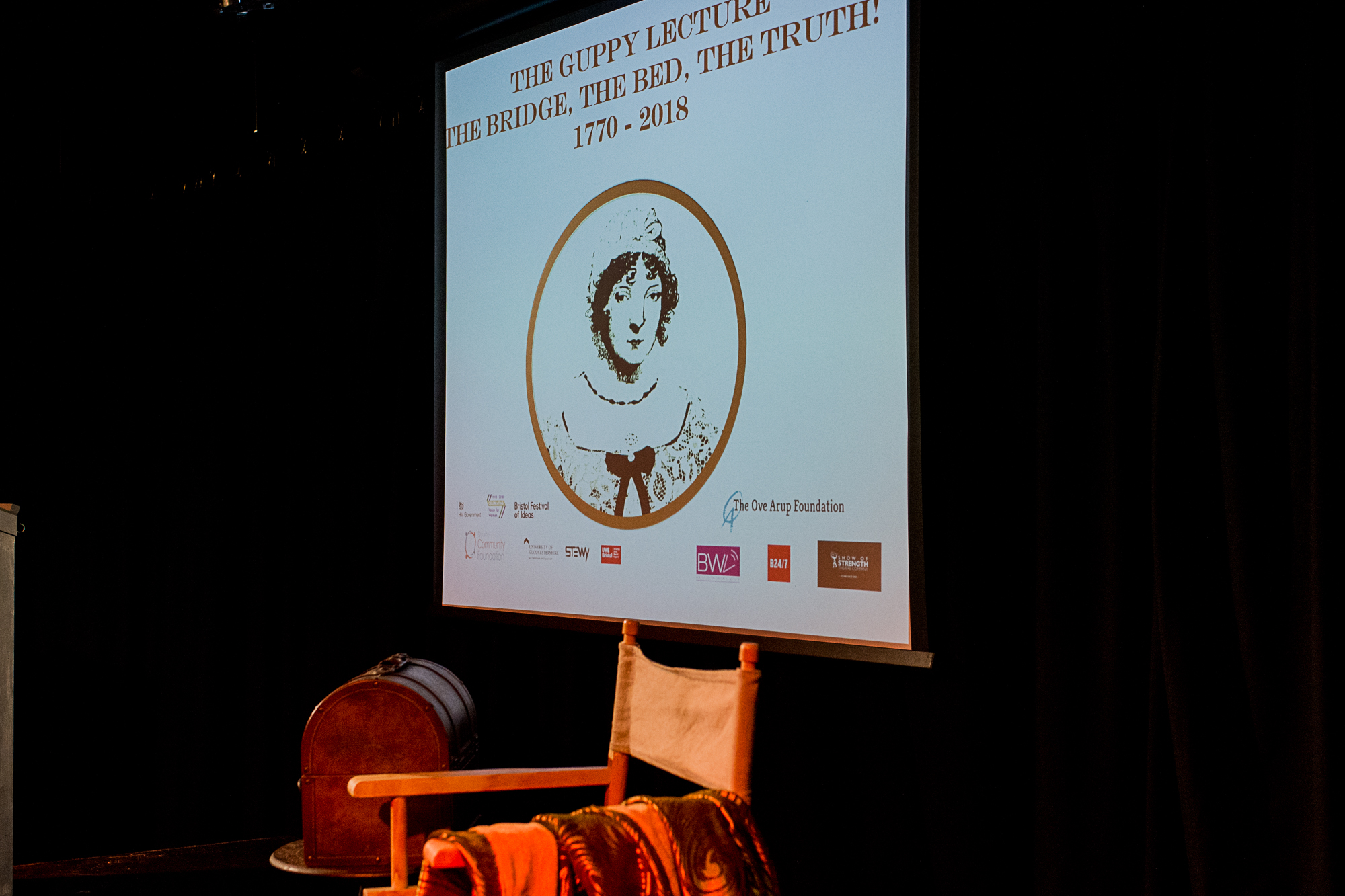 An Audience with Sarah Guppy (1770-1852) – designer, inventor, engineer and housewife was performed by local Bristol actor and performer Kim Hicks as a one woman show in lecture format. Researched and written by local Bristol writer and producer Sheila Hannon of Show of Strength Theatre Company, the play was performed engagingly with humour at the intimate venue of The Hen and Chicken at its opening night, Tuesday 6th November. The story of this incredible woman was part of the Deeds Not Words programme organised by Bristol Women’s Voice and funded by the Government Equalities Office.

Sarah Guppy was the first woman to patent a bridge in 1811 and was behind the design for The Clifton Suspension Bridge. She was appreciated by Brunel but not truly recognised in a man’s world for the talented engineer and many other things that she was. Kim and Sheila met in 1989 when she performed for the Bristol Playwrights in the play ‘Stars in the Morning Sky’. Both women live in Bristol, through Sheila was born in Liverpool, and both are very strong women, not unlike Sarah Guppy! ‘Deeds Not Words.’

The show was a sparkling success, with a 100 people in attendance including the Lord Mayor Cleo Lake and ex-Mayor George Fergusson, who was very easy and friendly to speak to but was reluctant to comment on Sarah Guppy’s question – asked in good fun – ‘Why has it taken 12 years to build a bus (referring to the Bristol Metro Bus) with costs now reaching £230m, when 200 years ago the floating harbour, that changed the face of Bristol only took 5 years to construct for a fraction of the cost ?.’ Food for thought! Women need a voice and if Sarah Guppy was here, I feel the world would be listening.

Festival of ideas: Rachel Reeves on women who changed politics