We need to talk. Period…and poverty! 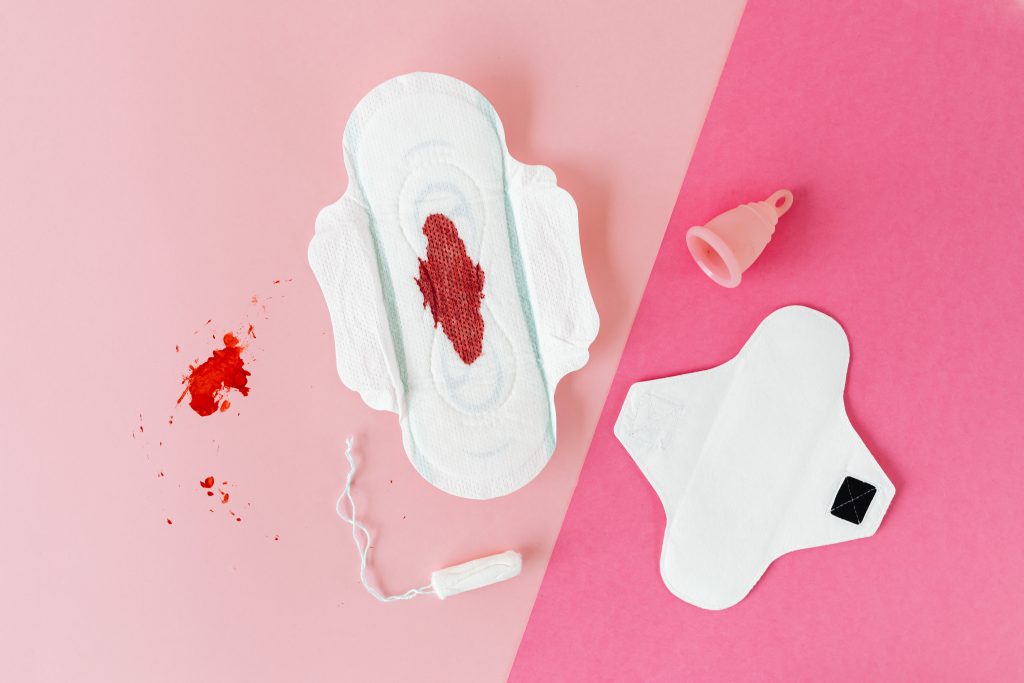 Ahead of Menstrual Hygiene Day on 28 May, Bristol Women’s Voice vice chair, Bonny Chung, looks at the widespread discrimination of menstruation across the globe and what is being done to tackle period poverty.

What should be a perfectly normal experience every month can be incredibly alienating for women and girls who menstruate, regardless of background, ethnicity, location or class.

Experiences around the world vary; in Nepal, women who menstruate are often subjected to “Chhaupadi” – an ancient tradition practised in some rural places – where they are banished to mud huts or sheds with animals for the duration of their period, as it’s believed that they will bring their family bad luck or ill health.

In India, discrimination against menstruation is widespread, where periods have long been a taboo and considered impure. They are often excluded from social and religious events, denied entry into temples and shrines and even kept out of kitchens. According to one study, only 36% of India’s 355 million menstruating women use sanitary ‘napkins’, while the rest use old rags, husk, ash, leaves, mud and other makeshift items to contain their period. Needless to say, this is an unhygienic practice, which exposes these women to infection and disease.

In the UK, stigmas around having periods are linked to truancy and increased school dropouts as some feel too embarrassed to attend. Poor toilet and menstruation facilities at school, and lack of access to menstruation products, means that some women who menstruate do not have the confidence to manage their periods at school and are forced to miss out on education. This is linked with higher exam failure rates, which can limit their future aspirations. In terms of educational inequality, a report by Meghan Markle (yes, you read that right!) revealed that when a girl misses school because of her period, cumulatively this puts her behind her male classmates by 145 days.

The long-term implications of period poverty for those menstruating  include, to name a few, increases in health and wealth inequalities, mental health stigmas, feelings of exclusion and marginalisation.

However, it’s not all doom and gloom. As we have more conversations around menstruation and realise the need to support women with their menstrual cycles, key milestones have been met.

In 2019, the UK government introduced the £15 million annual Tampon Tax Fund to support women’s charities – and made a commitment to end period poverty globally by 2030. Following this, the Department of Education secured funding and has been working with schools and colleges across the UK on facilitating access to period products from supplier phs Group, making period products readily available for all young women when they need them.

You may have heard of Amika George, a young student activist who started the #FreePeriods campaign, lobbying parliament and then former Prime Minister, Theresa May, to take action on period poverty.

Elsewhere, charities and campaigners alike have made huge strides in tackling period poverty. Bloody Good Period fights for menstrual equality and provides free period products and menstrual education to those in need, including refugees and those in asylum.  Plan International recently teamed up with NHS Blood and Transplant, where they submitted a new proposal for a blood drop emoji to represent the period and to be included on keyboards everywhere – and were thrilled to announce that this campaign has been a success!

As Vice Chair of Bristol Women’s Voice, my priority areas include work on the menstruation life cycle, from starting periods through to menopause, domestic abuse and exploring the intersection between race and gender, with specific focus on those who identify as women and promoting period dignity in the workplace. I have had personal struggles with menstruation and stigma, including unexpectedly bleeding on a chair in my Headteacher’s office as a teenager(!) and am passionate about improving conditions for everyone who menstruates.

I’m excited to be working with the Bristol Women’s Voice to raise awareness of and promote Menstrual Hygiene Day, which takes place on 28 May each year.

This article was updated on 22.06.22 to replace all instances referring to ‘people’ or ‘individuals’ who menstruate with ‘women who menstruate’, in line with our editorial guidelines.