Women in engineering: fighting for equality in a male-dominated industry 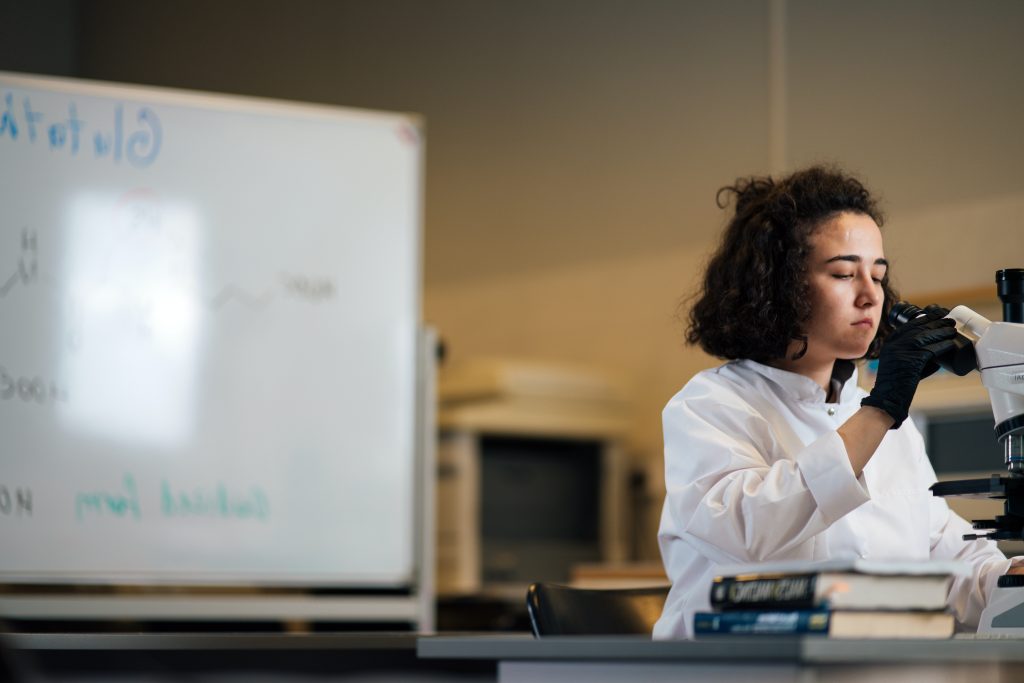 To mark International Women in Engineering Day 2022, Bristol Women’s Voice intern Olivia Barter speaks to two women at different stages of their careers to find out whether gender equality in the field has progressed over time.

Historically, the field of engineering has been an arena where women remain hugely underrepresented, with current estimates stating only 16.5% of engineers are women. When women do enter the field, they are faced with overwhelming levels of sexism, prejudice, and harassment – often resulting in them leaving.

Aiming to bring awareness to these existing gender imbalances in the traditional masculine field of engineering, and to put action in place to encourage more female participation, the Women’s Engineering Society (WES) founded International Women in Engineering Day in 2014. Last year the focus on #engineeringheroes reached almost 300k impressions on Twitter, and on the day itself the campaign became the top trending subject on Twitter. 2022’s focus is on inventors and innovators who are producing ground-breaking positive change in the industry.

We spoke to two individuals at different stages of their careers to see whether there has been any reduction in gender imbalance as more generations of women have entered the field – and luckily slowly, but surely, we can.

We spoke to Carolyn Dougherty who has a wide range of experience as a Rail Engineering Manager, specialising in developing client requirements, negotiating, and streamlining decision-making. She has led influential UK design teams, who have acquired billions of pounds of government funding and acquired unprecedented 94% behavioural assessments. We also chatted to Lily Macbeth, a highly motivated and knowledgeable Civil Engineering undergraduate at the University of Bristol, who gave us key insight into her university and early career experiences so far.

One barrier that was pointed out in both our prior research on gender imbalances in engineering, and with our interviewees, was how women lack the informal support networks that their male counterparts experience in abundance. Carolyn discussed how this network that men unconsciously reproduce is the arena where discussions are had and mistakes are corrected, all in turn benefitting the skill set of the individual who experiences this. This “casual encouragement” from peers and experts is reproducing gender imbalances. Support networks also extend to the benefits of having role models the same gender as yourself. Lily outlined how women can often feel discouraged from entering engineering as they are lacking female role models to the same scale as men have.

We are far from the traditional narrative that there are binary male and female careers, however, arguably there still needs to be more action within schools to show that career options for girls are limitless and to encourage more girls into fields such as engineering. Lily mentioned her work with outreach programmes in local schools, where they use dress-up style activities to outline to the youngest students how engineering fits within day-to-day life. This informative and active discussion-based activity is clearly a great way to introduce the importance of engineering to children and show it is accessible to everybody.

We also discussed the impact of microaggressions on women in engineering. Carolyn outlined concern at the fact she only noticed these subtle and non-obvious forms of sexism years afterwards and that this is likely to still be occurring. For instance, at times when admin tasks or “non-promotable” work are immediately delegated to females. Lily recalled experiences in which she felt unequal to her peers in group work, where she had been called “sweetheart” or “lovely” by tutors or management. These terms are not extended to male colleagues, and will occur even more so in a field where, as a female, you are the minority. This issue must be addressed to prevent women being reluctant to join engineering or leave once realising how unaccommodating it can be.

Awareness events such as Women in Engineering and Women in STEM, are crucial tools for sparking the conversation of existing inequalities and attempting to level the playing field for women. These events share advice from experts, allow for networking, and can provide scholarship and bursary opportunities (we have linked some of these below). Without these events the imbalance would still be so huge.

However, more action is needed if we are to reach gender equality in male-dominated fields such as engineering. Carolyn discussed male-focused awareness events. When, in the most part, a woman’s career and promotion abilities will be decided by men, it is fundamental that they are aware of any harmful prejudices that they, either intentionally or unintentionally, bring into the workplace – in order to remove them. WES also emphasise the importance of men as allies if we are ever to ensure this change occurs.

There is still a long journey ahead to reach gender equality in engineering, but thankfully we can observe some evidence of positive change. Through the implementation of male-centred training and awareness, increased discussion at an early age, and efforts to extend informal support networks to women, this change will hopefully come sooner. There is so much evidence that shows gender and racial diversity in the workplace enhances efficiency, productivity, and capacity. This is especially important in fields such as engineering which require significant problem-solving capabilities. A diverse design team will enable better decision-making.

Our interviewees signed off with some final words of wisdom to anyone who feels engineering could be a career they would like to explore. Lily outlined the importance of enthusiasm, send out those speculative applications, take every opportunity given – they will all lead to something, even if it’s not what you initially planned. Carolyn emphasised the importance of researching into and applying for any bursary and scholarship options available. She also believed it was important to stay alert to the fact sexism in the workplace is still such a widespread and reoccurring issue. There must be more awareness and discussion, which includes men as allies in the narrative, to stop it harming and hindering more women. We believe with some of the ideas outlined throughout this article this is a very real possibility.