Bristol Women’s Voice Wonderful Women Award’s were presented as part of our International Women’s Day celebrations on the 3rd of March. We celebrated over 50 women from across Bristol  who had been nominated for their contribution to their communities, each week you can find out more about one of these Wonderful Women.

Kate Brooks received a wonderful women award for her efforts as a community activist in Fishponds. She helped set up the local youth club, organises FishFest and the Scarecrow Trail, started the People’s University of Fishponds (which has raised funds for Borderlands, Bristol Refugee Rights and Fishponds Foodbank among others) and is one of the founders of Poverty is Pants. Unsurprisingly she is known locally as Mrs Fishponds.

What advice would you give your younger self?

Don’t worry about what people think of you! And equally, don’t assume those in charge know what’s best…ask lots of awkward questions and keep asking them especially when people look like they want you to be quiet. Always eat your tea before going to the pub, and drink more water.

Which women have inspired you?

Weirdly, even though I hated it at the time, my primary school nuns. They were scary women with sharp tempers and it was pretty grim BUT at an all girls school, taught by women, it never occurred to me that women weren’t capable of being clever, having opinions, and running things.

I remember being a bit perturbed at secondary school, that girls seemed to have to pretend to be a bit daft to attract boys. I am still perturbed by that! I think also, even though I am not religious whatsoever, it’s possibly where my drive to community activism comes from, as these are the kind of nuns who were always off on mopeds doing community work. I was a teenager in the 80s so it’d be nuns, and female punks – both challenging in their own very different ways, the stereotypes of womanhood and femininity

What do you want to see change for women in Bristol?

I’d like to see more female activists: historically, it’s usually women who volunteer in their communities and it still is – running the foodbanks, the playgroups, the old people’s lunch clubs. And those women see what effect this Government has on the marginalised and vulnerable. And that’s how people who may not think of themselves as political campaigners, become active: I want to see more angry old ladies on the streets campaigning! More nice mums on protest marches! Historically we’ve seen how that generates real change.

Is there anything that you have been read, seen or listened to recently    which has inspired you?

All of our speakers at The People’s University of Fishponds – some excellent inspirational people, such as Borderlands, Drag Queen Storytime and Bristol Radical History Group, and they come to share their expertise with our community for nothing more than a cuppa and a bun. 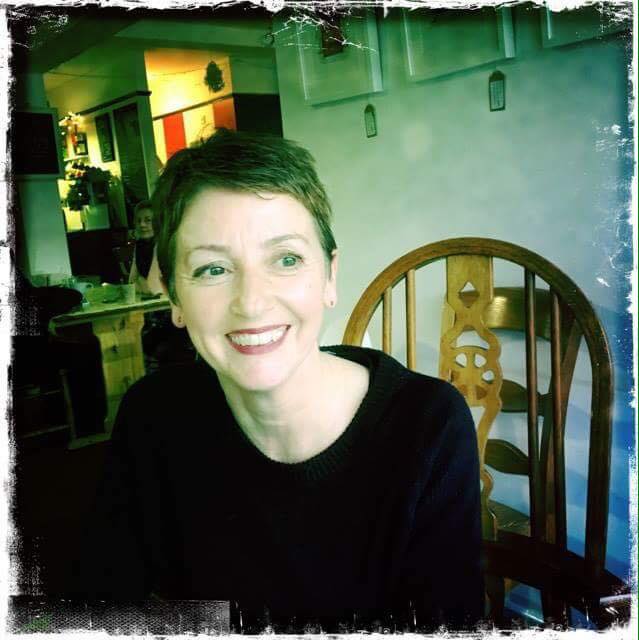 Are there three words you would use to describe your local community?

Friendly, active, eccentric – Fishponds is a bit bonkers in a lovely way, lots of ‘green’ campaigns, positive networks and community activism – everyone is very supportive of each other, I love it.

What hopes do you have for your local community in 2018?

Ideally that we DON’T have a massive drive through MacDonalds in our midst, the way they ran roughshod over the council and community objections has worrying implications for other residential areas, but we did our best to stop it…

Bristol Women’s Voice are marking 100 years since the first women in the UK were given the vote with ‘Deeds not Words’ a year-long programme of events across the city. Find out about Deeds not Words events in Bristol here.